As I mail out the dino's I've asked their owners to take photos with them! Here are the first couple... 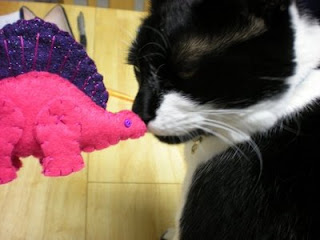 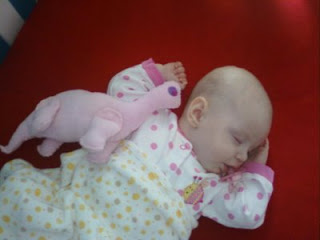 Posted by Unknown at 2:58 PM No comments:

pterodactyl has a fully functional wing armature. His wings can squish in or extend out, the webbing is made of a translucent stretch fabric. 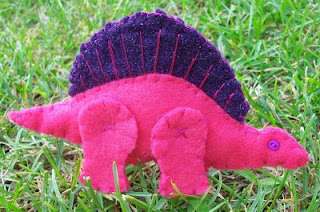 I forget what this dino is actually called, I call them the potato chip finned dino's.
Posted by Unknown at 6:56 AM No comments:

Are you sick of dino's yet?? 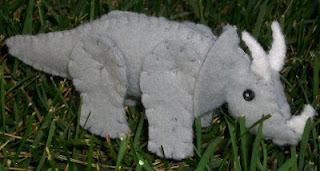 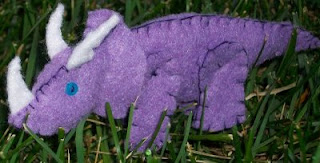 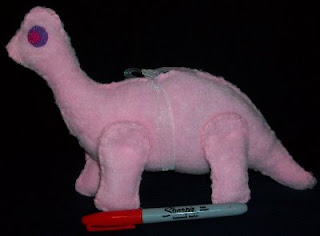 Moving on to Penguins... 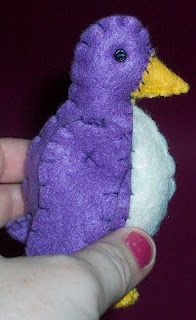 Etsy store is up and running, going to make a banner and the like soon. In the mean time enjoy me recent creation, this fatly awesome penguin wonder.
Posted by Unknown at 12:11 AM No comments: 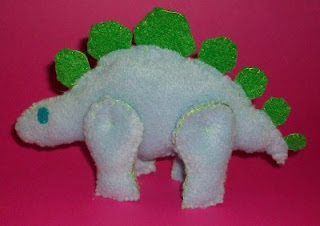 I've made my second baby safe dino. This dino is about 8 inches, and is made of a very soft fleecy material instead of felt, to provide maximum softness.
Posted by Unknown at 4:21 PM No comments: 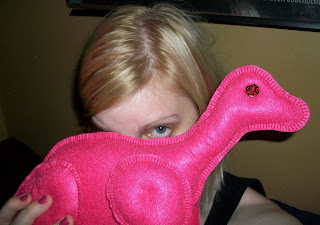 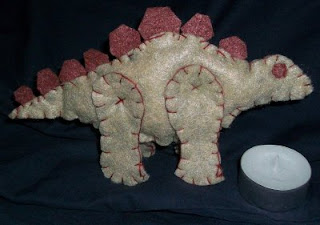 I have been filling more dino orders. This week I made a child safe stego, he is 7" by 4". His legs are fused on, and his eyes are felt instead of buttons. I also made a HUGE dino 400% larger than all the others. I'm going to create dino mobiles soon, I'm also considering having a booth and a detroit art show in August. I'll keep updating. I'm also restoring the bat sculptures at the bat house, I'll post before and after photos when I'm finished. We have 2 baby bats at the bat house, they're adorable. They are Jamaican bats, which are about 2" tall right now. The also are very fluffy, similar to baby birds. As they get older there shoulders will spread out.
Posted by Unknown at 9:45 PM No comments: